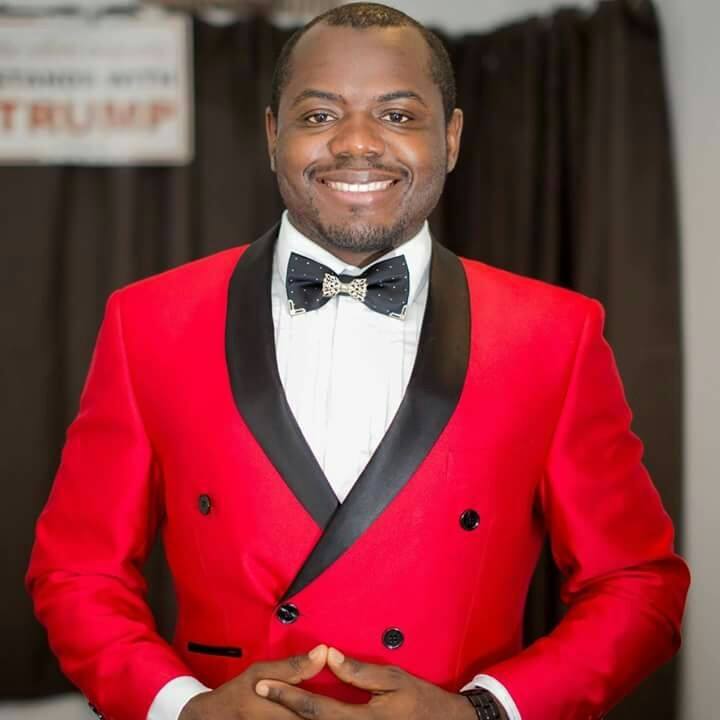 Tapang Ivo, activist of the Anglophone struggle has recently created tension through a Facebook post on his timeline talking about Pochi Tamba, CRTV journalist in Yaoundé.
Ivo’s post praised Tamba for a fighting spirit and talent which to him has been cramped down by CRTV. He moved further to say that when a state restoration comes, such talents would be used and given greater opportunity.

“Why would General Ivo(as he is popularly called) post pictures of this journalist, going further to commend her beauty on his timeline?”, many wonder.

Fans picked this up and many comments under this post sparked controversy.

“It is not appropriate for him as a spokesman of the struggle to make such a post at this trying moment” they said.

Other comments refused to ally while saying all those west of the Mungo should remain there when “victory” comes. See some screenshots of comments below: 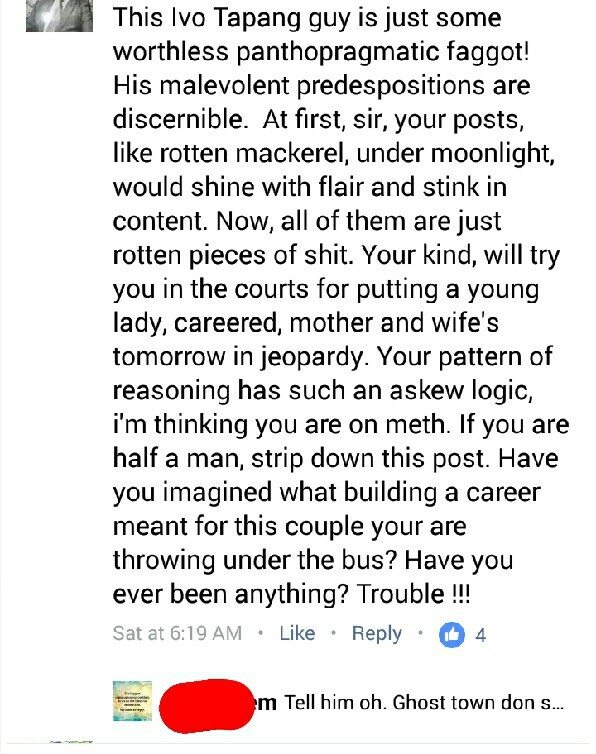 This however comes at same time when Ivo was cautioned to take down a post he put up celebrating his success as a Peace journalist, Security analyst, Freethinker, Solution and peace-oriented critic.
August 21st 2017, Tapang posted celebrating his academic achievement:

“Special THANKS to God. Despite the unending winning political struggle happening in Cameroon, and considering my commitment to it, I still succeeded to have my second scientific paper accepted for publication in a great peer-reviewed academic journal.Also, the same paper has been accepted for presentation in one of America’s prestigious International Security Studies conferences.My sleepless nights spent for the past three months in one of the top world Universities has paid off hugely.

This announcement was obviously welcomed and commended by his followers who also gave him the title “General”, a title that Ni John Fru Ndi modified into “Facebook General”.

Some fans actually wondered how Ivo would advocate for “No School Resumption”, yet continue his own studies abroad.

About a month ago, Mark Bareta, another activist who also came into the spotlight during this crisis celebrated the launching of BaretaNews in Belgium and some critics also picked up the horn.

All these observations put some Cameroonians in a skeptical position.