Just when the Cameroon government was getting comfortable with her victory over the Boko Haram insurgents in the North, the Anglophone crisis struck in November 2016.

Over two years into the struggle, the number of human rights violation cases have been alarming and the entire Anglophone community is begging for an intervention from competent bodies.

Amidst growing tension on the crisis, the South West region has not been exempted as a day would hardly end without a quarrel or fight. With all these happenings, Barrister Tambe Tiku, South west Regional boss has been criticized by many for focusing on lenient issues when more trivial affairs needing his attention aggravate.

His handling of these issues has called for an attention from some local media. Last week, some English media opinions accused the human rights boss of focusing on the certificate saga when his people were suffering from more biting issues caused by the  crisis especially in meme division where much fighting, maiming and torture was done.

In Kwakwa, Kembong and Boki, all in the south west Region, houses were burnt down by alleged military officials and many have fled to the bushes for security. Though the Cameroon government has debunked these allegations as fake and maintained that her military is acting professionally, many think that the human rights department is in good position to take a step ahead for its indigenes rather than capitulate on a certificate scandal which is of little or no importance now.

TNN, an English online news site had in a last week’s publication questioned the move, asking who his sponsor was.

The publication wondered why vexing issues like the burnt woman alive, arrest and torture of civilians and kidnap of government authorities have had little or no attention.

It further mentioned that it is of no news to the frightened Cameroonian who is living in a bush or living in deplorable conditions as refugee in Nigeria to hear that the human rights office is fighting a certificate scandal when they have no clue on when their kids would be free to play around home again.

However, Mayor Ekema once again played his good game of politics and kept critics waiting. After weeks of silence coupled with the recent certificate scandal, one would have expected an open reaction but the careful politician chosed to ignore the scandal.

Ironically, the posts, accusations and online slanders were yet to get a reply when Mayor Ekema resurfaced on CRTV’s Sunday Program, Cameroon Calling to hammer on the issue of misappropriation of funds by some church leaders.

Despite any certificate scandal, mayor Ekema has maintained a stand of one and indivisible Cameroon.  He has severally opined that Cameroon would not have any secession, reason why he is antagonised to any “secession plans.

His duty and hard work in his municipality has extended into crushing activities of those who desire secession to the creation of an independent state they call “Ambazonia”.

Though there has been heavy criticism from rights groups such as Amnesty International, International Crisis Groups,the United Nations and  human rights advocates like barrister Agbor Bala, the Anglophone community is still expecting a major action from the human rights office. 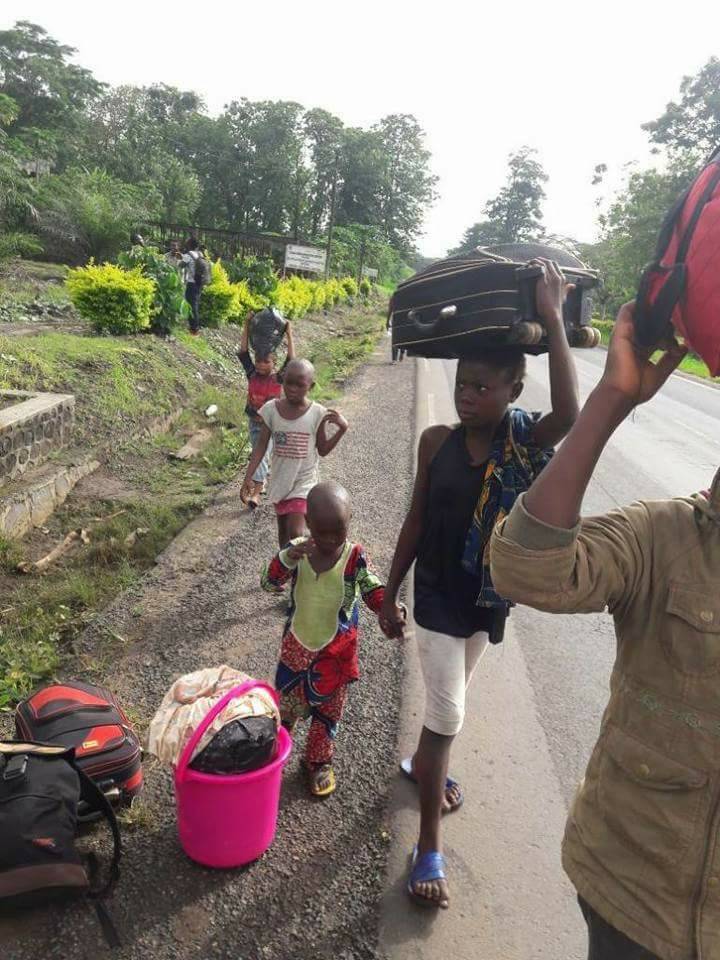 A recent report from the United State of America slammed the government of Cameroon for violation of Human rights in the ongoing Anglophone Crisis.

It is worth noting that since Cameroon’s independence and reunification, this is the first time that the nation is coming under serious criticism for massive violation of human rights and freedom. Before now the international community viewed Cameroon as a citadel of peace, stability and unity in West and Central Africa until the arrival of Boko Haram from Nigeria and the growth of secessionist demands.

Thousands read and trust ARREYB News Reports DAILY. We are popular for credible and well researched content from Cameroon to the world 🌎 !!!

So read us always !