Shocking: Over 18 Million US Men Diagnosed With Erectile Dysfunction In 2017 - ARREYB

Shocking: Over 18 Million US Men Diagnosed With Erectile Dysfunction In 2017 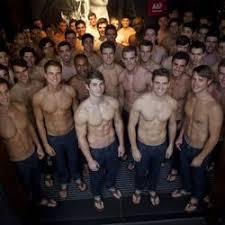 Over 18 million men in the United states have been diagnosed of erectile dysfunction in 2017.

According to researchers of the Johns Hopkins Bloomberg school of public health, lifestyle changes like increased physical activity and measures to prevent cardiovascular diseases may also prevent cardiovascular diseases and may also prevent decreased erectile function.
“Physicians should be aggressive in screening and managing middle-aged and older patients for erectile dysfunction, especially among patients with diabetes or hypertension,” said Elizabeth Selvin, PhD, MPH, lead author of the study and a faculty member in the Bloomberg School of Public Health’s Department of Epidemiology.

“The associations of erectile dysfunction with diabetes and cardiovascular risk factors may serve as powerful motivators for men who need to make changes in their diet and lifestyle.”
In the study, men who are“sometimes able” or “never able” to get and keep an erection were categorized as having erectile dysfunction, while men who reported being “always or almost always able” or “usually able” were not.