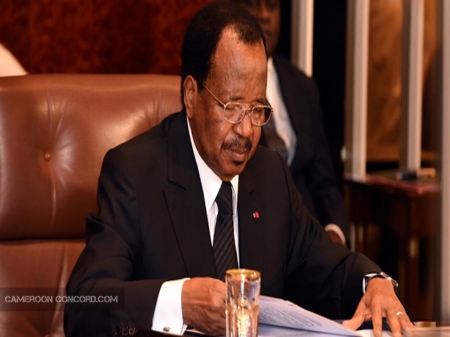 Prime Minister Philemon Yang’s letter to Ambassador Tommo Monthe, representative of Cameroon to the United Nations has revealed that three ministers would officially travel to the United States this August.

Professor Fabien Nkot, Ghogomu Paul Mingo and Elvis Ngolle Ngolle will this coming August go to give clarification on the situation prevailing in the Northwest and South-West Regions since upheavals and unrest in November 2016.

Their trip will entail two visits; one to the Cameroonian diasporas and the other to the United Nations.

The notice reveals that the technical adviser to the Prime Minister’s office, Professor Fabien Nkot will accompany the three man delegation to the US.

While the delegation travels to lobby for a safe way and possible stability, Cameroonians persist in their demand for the release of all detainees incarcerated at the Kondengui prison. Their trial has since February been postponed to August 31st pending a final decision. 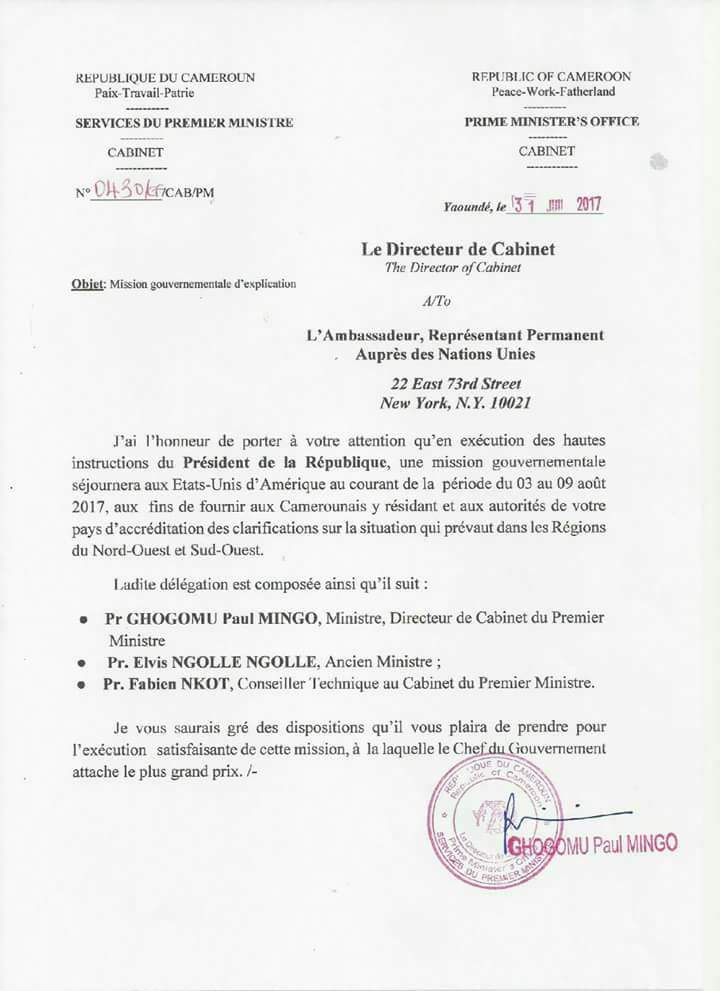 Among other issues, the congregation is expected to put the raising instability to the UN table for solutions after several futile attempts to resolve the crisis at home.

Critiqsite reports that on several occasions, Paul Biya was questioned on the English crisis by US deputies. This crisis which is of international concern, caught the attention of the American whistleblower Edward Snowden. 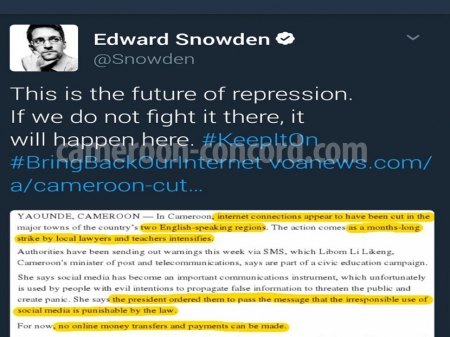 During the Internet cut in the English-speaking regions, Snowden tweeted about the crises – #Bringbackourinternet.

The English population hopes for the liberation of English leaders and citizens, an efficient government and a better redistribution of resources