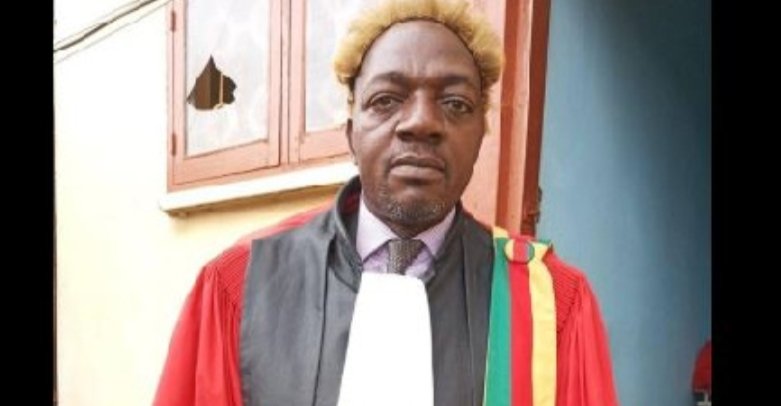 A text signed by President Paul Biya has announced the dismissal of Magistrate Chi Valentine Bumah, stripping him off all pension rights, due to absence from his duty post.

In the short video which made trends on social media, the kidnappers questioned the justice in broken pidgin and English, on his alleged criticisms and writings against the Cameroon government

But critics had two opinions about the video

The first said the kindap was fishy and argued that the kidnappers, who were struggling with English and broken pidgin, were sponsored gunmen

In January this year, Bumah appeared in another video responding to the government.

“If you call me secessionist, then I agree because I am seceeding from injustice” he said in the video

The justice before his dismissal had served for over 17 years with the Cameroon government. At his last position, Justice Bumah served as magistrate at the North West Attorney General’s office in Bamenda. 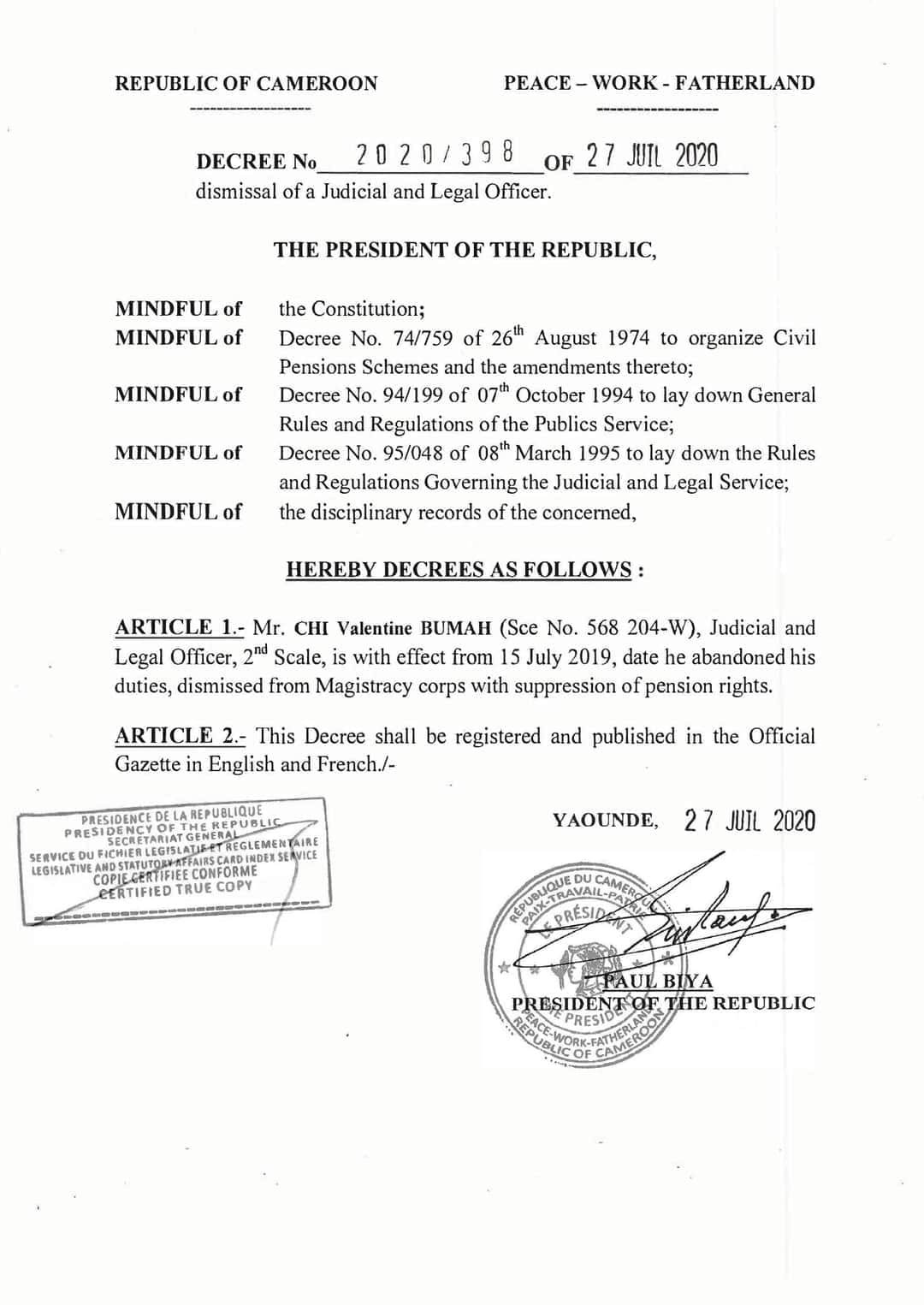