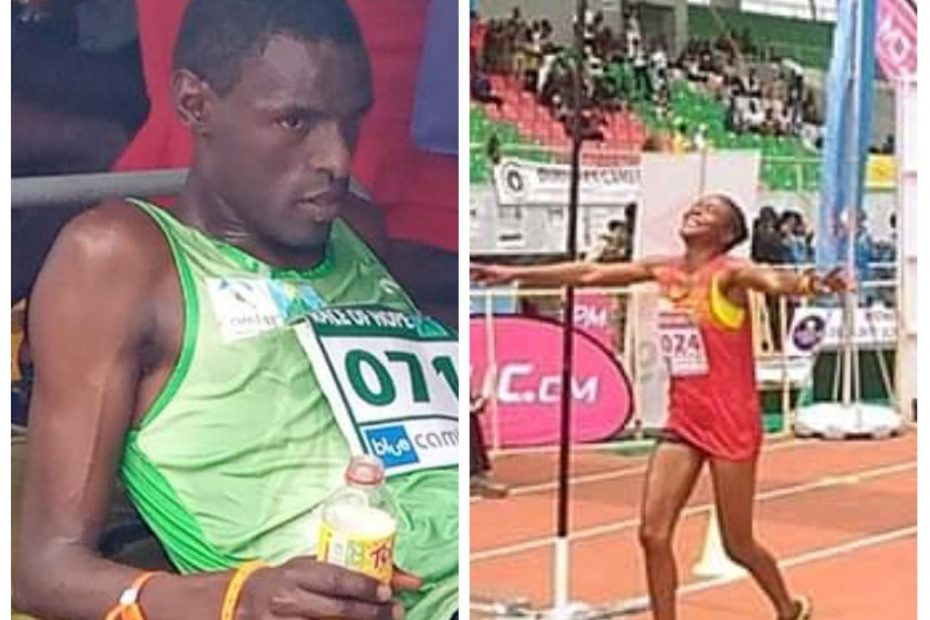 Ali Ahmadou and Kitan Mildred emerged winners of the 2021 Mount Cameroon Race Of Hope, both are from the North West region of Cameroon.

Ali, who is coming from the Indigenous community (Mbororo) won the competition for the first time.

Ali took over 4 hours 32 minutes to challenge defending champion, Godlove Gabsebium to back the sum of 10 million FCFA in the male category.

“I won the race before i came here, I put confidence in myself and that is why i came first.
Anyone who want to join athletics should know that it is very difficult at the beginning” Ali said after becoming winner.

Ali who is from Jakiri is the first indigenous (Bororo) to win the competition.He will have to win two more times to become the king of the mountain.

Winning the other 10 million on the female category was Kitan Mildred, also from the North West region who challenged Queen of the mountain, Tata Carine to take the first position.

24 year old Tata came second in 2020. She took 5 hours 20 minutes to cover the race as the winner in the female category today.

“The race was good, but I faced difficulties this year than last year. My kneecap disturbed me when I arrived the forest, but I finally made” Kitan told the press after the race.

“I train seriously. I did warm-up every morning.
My serious training started 6 months ago,” Kitan added as she explained why she won.

Defending champions from the North West, Godlove Gabsebium came second to cross the finished line, while Tata Carine, who has won the competition in 2018, 2019 and 2020 also came second in the female category.

Fai Collins still from the North West region took the third position in the male category while from Kenya took came third in the female category.

516 athletes challenged the gods and took part in the 26th edition of the Mount Cameroon Race Of Hope this year.

Amongst the 516 athletes made known by the Cameroon Athletic Federation are were 20 international athletes from eight different countries who battled in the race with Cameroonians.

This year’s edition has witnessed a drop from 550 athletes to 516 as compared to last year.