A science teacher from rural Kenya, who gives away most of his salary to support poorer pupils, has won a $1m prize (£760,000) for the world’s best teacher.

Brother Peter has been praised for his achievements in a deprived school with crowded classes and few text books.

He wants pupils to see “science is the way to go” for their futures.

The award, announced in a ceremony in Dubai, recognises the “exceptional” teacher’s commitment to pupils in a remote part of Kenya’s Rift Valley.

He gives away 80% of his pay to support pupils, at the Keriko Mixed Day Secondary School in Pwani Village, Nakuru, who otherwise could not afford uniforms or books.

Improving science
“It’s not all about money,” says Brother Peter, whose pupils are almost all from very disadvantaged families. Many are orphaned or have lost a parent.

The 36-year-old teacher wants to raise aspirations and to promote the cause of science, not just in Kenya but across Africa.

On winning the prize, Brother Peter hailed the potential of Africa’s young population. 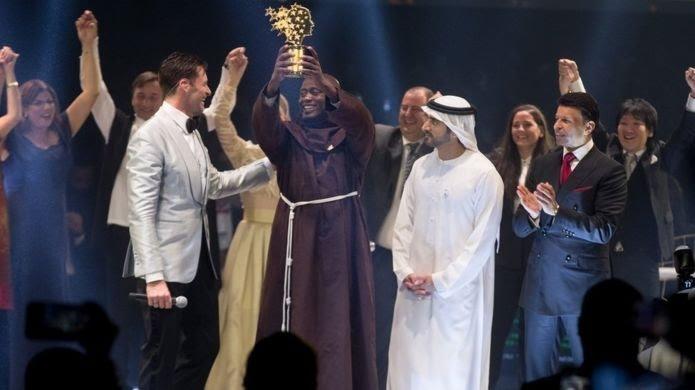 “As a teacher working on the front line I have seen the promise of its young people – their curiosity, talent, their intelligence, their belief.

“Africa’s young people will no longer be held back by low expectations. Africa will produce scientists, engineers, entrepreneurs whose names will be one day famous in every corner of the world. And girls will be a huge part of this story.”

Many pupils walk more than four miles to reach the school, in Kenya’s Rift Valley
The award, in a competition run by the Varkey Foundation, has seen him beating 10,000 other nominations from 179 countries.

He is a Franciscan friar, a member of the Catholic religious order founded by St Francis of Assisi in the 13th Century.

Brother Peter says there are “challenges with a lack of facilities” at his school, including not enough books or teachers.

Classes meant to have 35 to 40 pupils are taught in groups of 70 or 80, which, he says, means overcrowded classrooms and problems for teachers.

The lack of a reliable internet connection means he has to travel to a cyber-cafe to download resources for his science lessons.

And many of the pupils walk more than four miles (6km) on bad roads to reach the school. 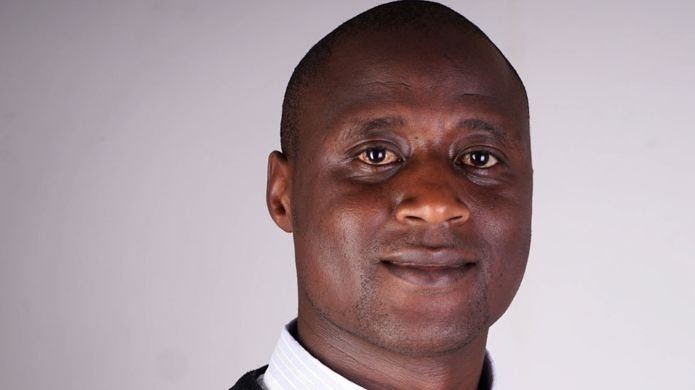 But Brother Peter says he is determined to give them a chance to learn about science and to raise their horizons.

His pupils have been successful in national and international science competitions, including an award from the Royal Society of Chemistry in the UK.

The judges said that his work at the school had “dramatically improved his pupils’ achievement”, with many more now going on to college or university, despite resources at the schools being “severely constrained”.

Status of teaching
Brother Peter says part of the challenge has been to persuade the local community to recognise the value of education, visiting families whose children are at risk of dropping out of school.

He tries to change the minds of families who expect their daughters to get married at an early age – encouraging them to keep their girls in school.

“This is Africa’s time,” said the prize-winning teacher, Brother Peter Tabichi
Brother Peter said the award was an optimistic sign.

“It’s morning in Africa. The skies are clear. The day is young and there is a blank page waiting to be written. This is Africa’s time,” he said.

“Peter – your story is the story of Africa, a young continent bursting with talent. Your students have shown that they can compete amongst the best in the world in science, technology and all fields of human endeavour,” said the Kenyan president.

The competition is intended to raise the status of the teaching profession.

Last year’s winner was an art teacher from north London, Andria Zafirakou , and among this year’s top 10 finalists has been Andrew Moffat , a Birmingham head teacher at the centre of a row with parents about lessons on LGBT rights.

The founder of the prize, Sunny Varkey, says he hopes Brother Peter’s story “will inspire those looking to enter the teaching profession and shine a powerful spotlight on the incredible work teachers do all over Kenya and throughout the world every day”.

“The thousands of nominations and applications we received from every corner of the planet is testimony to the achievements of teachers and the enormous impact they have on all of our lives,” he says.

Lecturers To Suspend Strike Action Against Govt For Unpaid Benefits