Irate Monk Who Submitted 400 Page Proposal Yells Out: "Biya Lied To Us" - ARREYB

Irate Monk Who Submitted 400 Page Proposal Yells Out: “Biya Lied To Us” 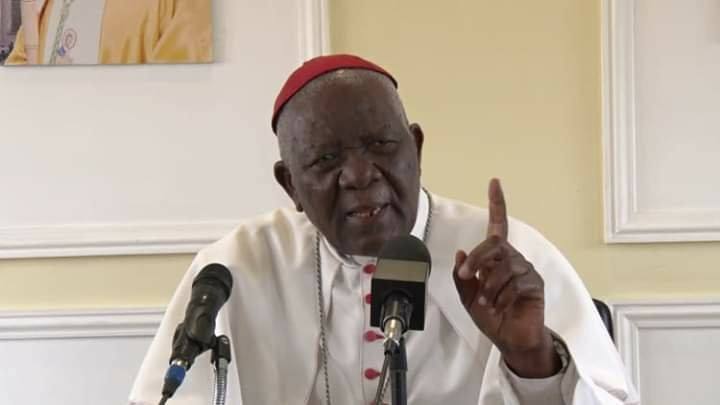 Christian Cardinal Tumi, Archbishop emeritus of Douala was one of those who welcomed President Paul Biya’s proposal for a national dialogue to discuss the Anglophone Crisis.

The clergy who submitted a 400 page proposal to Prime Minister Dion Ngute has now stated that the president lied to them; that this version of decentralisation is not what the commission proposed.

Intended to solve the Anglophone crisis, government bragged about the success of the Major National Dialogue of September 2019 but there’s yet to be a stop in war and gun battles in the English speaking regions of Cameroon.

Tumi says the law on decentralized local authorities as presented to parliament is not the one they bargained for, he had proposed something else in his 400 page note to the Prime Minister.

“I was among the very first people who proposed the content to the Prime Minister, It is the special status for the North West and the South West regions that interests me. Its content will help us with regard to peace in this part of the country, ” he said in a broadcast report by state media CRTV, 8:30pm on Wednesday December 18, 2019.

The Bishop also wants a detailed explanation campaign of how the special status will work.

Often seen as a bait, separatists have refused to accept any terms of the special status as it presents little or no change to the present situation. They cling to the holding of a Swiss-led talk that would examine all options of decentralization, federation and secession.

But Biya’s government has denied any external help in dialogue talks. Both sides continue to contest over the Anglophone regions with several confrontations between the military and separatist fighters.