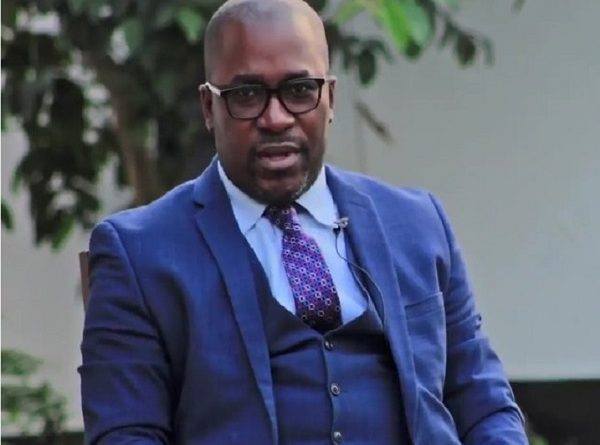 Nkongho Felix Agbor, human rights advocate and leturer at the Faculty of Law and Political Science of the University of Buea has penned a response after he was served a convocation to appear at the disciplinary council of the University of Buea for allegations levelled against him “for non-compliance of professional obligations for a question you set on law 243, titled Political & Constitutional History of Cameroon, during the 2019/2020first semester examination”.

Agbor Nkongho is being persecuted because he set a compulsory question on the Anglophone crisis in his March 3, 2020 assessment, on the course ‘Political and Constitutional History of Cameroon’.

“The Anglophone crisis since 2016 was caused by the Teachers’ and Lawyers’ strike. Assess the validity of this statement” – question one on the exam paper read, requiring students to answer on a score of 40

Re: INVITATION LETTER TO A DISCIPLINARY HEARING

“MEMORANDUM OF APPEARANCE UNDER PROTEST”

Thank you for your letter, reference 2020/093/UB/D/FLPS/FO of 29 April 2020, on the above subject matter. The cited letter was served to my office at Biaka Street, Upper Bonduma, Buea on Tuesday, 5 May 2020, at 12:08 PM. After reading through the letter, I have some observations to make. Before I do so, I will reproduce the operative part of the letter which states:

On the Instruction of the Vice-Chancellor, and in keeping with article 16 of decree No 93/036 of 29th January 1993, you are being invited to appear before a constituted Disciplinary Panel of the University to hear allegations against you for non-compliance of professional obligations for a question you set on Law 243: titled: Political and Constitutional History of Cameroon, during the 2019/2020 first semester examination. The hearing has been slated for Wednesday 6th May 2020.

The University of Buea (“UB”) is an institution which my generation of Anglophone students in the then University of Yaoundé, alongside civil society organizations and pressure groups advocated for, by peacefully protesting in Yaoundé and major cities in the South West and North West regions. These protests effectively pressurised the Government to upgrade the Buea University Centre to a fully fletched Anglo-Saxon styled university. Subsequently, as the President of the Cameroon Anglophone Civil Society Consortium, we fought to protect its independence and its spirit of excellence which formed the foundation of countless intellectuals. UB is an institution in which I take profound pride and honour to teach. For the past five years, I have sought to perpetuate its foundational spirit of excellence in future leaders and students of Law. It follows that I am responding to your letter out of reverence for UB, and what it represents as an institution.

Regarding the content of the letter, my first observation is that it flouts laid down procedures and disrespects legal provisions.

An invitation for a teacher to appear before a disciplinary panel must be preceded by the respect of certain statutory provisions. There are a set of Decrees and Ministerial Circulars entrench to govern and regulate disciplinary proceedings involving university teachers.

Sir, I am aware that you are not a stranger to these texts and their requirements for a teacher to appear before a disciplinary committee. However, for purposes of clarity and emphasis, permit me to refresh your memory with these.

“The rapporteur investigates the matter by all means appropriate to the manifestation of the truth. He hears the suspect on a report.”

Section 57 (2) provides that “At the end of his investigation, he writes a detailed report which he forwards to the President of the Disciplinary Council.”

It is based on this report as provided in Section 57 (3) that the President of the Disciplinary Council causes the holding of the council by a convocation addressed to the members of this Council, specifying the day, time and place of the meeting.

Similarly, “the need to protect the right to a defence” is well articulated in the following instruments;

disciplinary procedures in public institutions of Higher Education in Cameroon; which forms part of the New University Governance, to be read in conjunction with

Reference is hereby made to the Ministerial circular, under the heading

“THE DISCIPLINARY COUNCIL AND THE PROCEDURE FOR TEACHERS. Following Section B; “The requirements of disciplinary proceedings involving teachers” states that:

“It is incumbent primarily to the Registrar, on the occasion of a disciplinary council before which a teacher must appear, to investigate the matter. In this wise, he must obligatorily hear the suspect on the basis of a report [. . .].”

The suspect, in this case, was never invited for the purposes of any such prior investigation.

The Circular further states that:

“[t]he suspect is informed in the same way that the documents in the file are kept at his disposal with the rapporteur, for Consultation on the spot and in confidence either by himself or by his defendant.”

The suspect was also not availed of this information.

“It must state the exact nature of the facts alleged against the suspect “and the penalties to be inflicted upon him.’’

The aforementioned letter inviting me to a “Disciplinary Hearing” does not mention what sanctions I may incur.

Besides, Section 56(2) states that

“the teacher implicated has the possibility to defend himself or be assisted by a defender of his choice.”

The summons fails to apprise the suspect of this fact.

As earlier stated, the letter inviting me to “the Disciplinary Hearing” was served this May 5, 2020 at 12.08 PM. The Ministerial Circular of 2017, supra, states that:

“The disciplinary procedure of a teacher being essentially contradictory, the suspect must be summoned in writing, at least five (05) days before the holding of the Council.”

The invitation falls short of the minimum requirement of five days of prior notice. The use of the mandatory MUST in the circular and not the optional MAY is an imperative command and a legal obligation that must be respected. It shows the importance of the necessity to give the suspect ample time to prepare his defence. How can justice be done and be seen to be done when the suspect was served less than 24 hours to the hearing. What time will the suspect have to prepare against the very “serious allegations” against him?

The circular also provides that:

“The teacher convocated before a disciplinary council has the right to defend himself, either orally or in writing, and may also be assisted by one of his peers or by any other defender of his choice.”

This fact was also not stated in the letter of invitation of the hearing.”

It follows, that the letter inviting me to appear before a “Disciplinary Panel” disregards relevant instruments and violates my rights as a teacher in the University of Buea. It also violates my fundamental human rights for a fair hearing.

As an advocate for justice and respect of the rule of law, should I honour the said invitation, which is a manifest and gross violation of the law, it would amount to setting the wrong precedent which will hurt and have a negative impact on teachers who in the future may be invited without any regard for due process to appear before the disciplinary panel and the long-term credibility of our academic institutions.

Consequently, to prevent the propagation of the injustices outlined above, I will not be attending the Disciplinary hearing schedule for 6th May 2020, at I0: 00 AM. at the Boardroom of the Central Administrative Block.

Dear Sir, kindly note that I remain predisposed to defend myself, either orally or in writing, before any competent Disciplinary panel when the provisions of the relevant instruments have been complied with.

Whereof, I do forward this memorandum of appearance under protest to serve the purposes it deserves.

President of the Republic