“EVERY TIME THEY SHOT A CHRISTIAN, THEY YELLED GOD IS GREAT”. CONFESSION BY 10 YEAR OLD WHO SURVIVED ISIS ATTACK - ARREYB Click & Download now ! 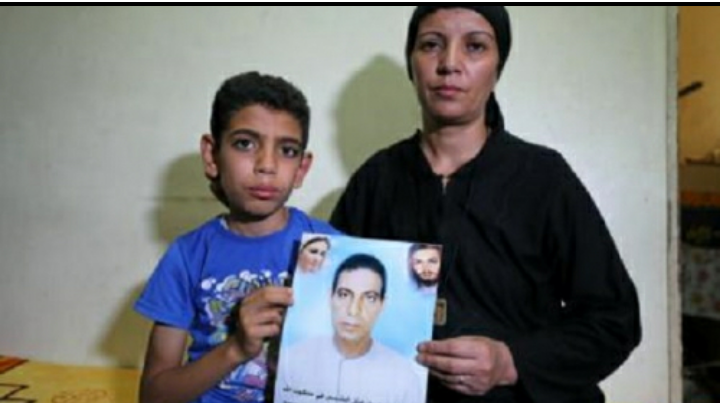 Following a recent attack by Islamic state militants, a 10 year old boy who witnessed the brutal murder of his father in Minya-Egypt has revealed that the jihadists cried out “God is great” each time they shot a follower of Jesus Christ.

The jihad witnessed a total killing of over 29 Christians in May. Mina Habib told Reuters in a Tuesday’s publication that his father was killed as one of the 29 victims when the group stopped three vehicles on their way to the monastery. He also added that he was killed specifically for belonging to the Christian faith. Mina said over 15 gunmen killed many but spared him together with his elder brother, Marco.

Accounts say many vehicles were attacked that day including a bus and a car transporting children. On each case, they took the victim’s jewelries and asked if they were Christians before killing them. The witness further exposes that the radicals had Egyptian accent and many of them were masked.

See what the 10 year old revealed on the attack:

“We saw dead people jump on the ground. They asked my father for identification then told him to recite the Muslim profession of faith. He refused and said he was a Christian. They shot him and everyone else with us in the car. They saw us at the back of the truck. They made us get down and a man wearing camouflage like the army pointed his gun at us, but another one told him to let us go. Every time they shot someone, the would shout God is great”

This killing is however the latest attack on Egypt’s minority Coptic community which has constantly experienced terrorism for years. The Copts have declared that they take pride in dying for their faith; “There is no god except God. With blood and soul we will defend you, oh cross! We will avenge them or die like them”. They yelled out in the ceremonial service. At the same time, they have also pleaded with President Abdel Fattah to keep his promise of protecting their families.