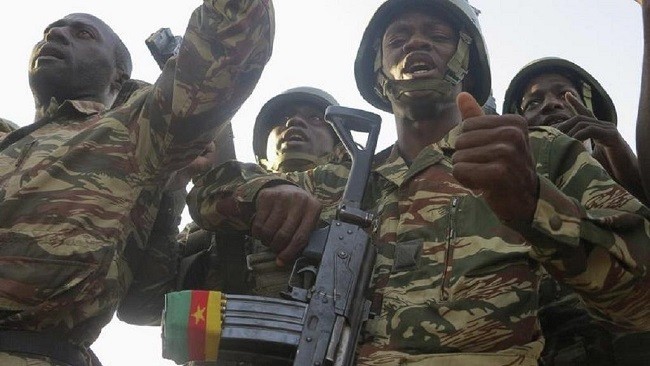 The former military region, Région militaire interarmées-RMIA which is based in Douala has been split.

The new region becomes the fifth (RMIA 5) and is headquartered in capital of the Northwest region, Bamenda.

It is to be headed by General Agha Robinson Ndong while General Julius Caesar Ellie has been appointed commander of its Gendarmerie region (RG5) , Africa News reported.

State media, CRTV reports that the new military region is created to cater for security needs in the West and Northwest regions but some Cameroonians think the split is a well tailored plan to curb down activities of separatists on the Anglophone crisis which began in October 2016.

The struggle has led to several deaths (both military and civilians), several others injured and thousands who have fled to neighboring Nigeria as refugees.

The crisis has witnessed violent confrontations after several failed dialogue attempts. While separatists say they want an independent Federal State of “Ambazonia”, the Cameroon government has vowed to uphold Cameroon’s one and indivisible nature.

In the most recent action, over 12 leaders of the separatist movement were arrested while the English speaking regions are faced with constant curfews due to some instability and strife between the military and civilians.