Cameroon: Another 20th May, Another Presidential Car Wahala - ARREYB

Cameroon: Another 20th May, Another Presidential Car Wahala 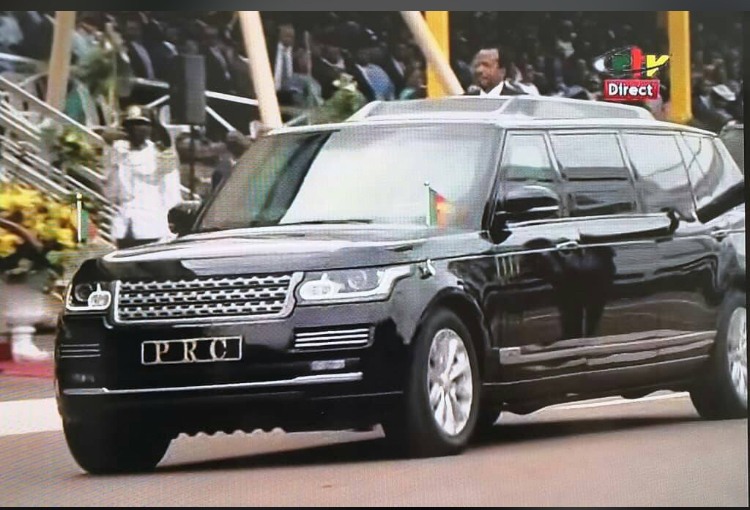 By Jaibe Augustine on ARREYB
Who has forgotten the sight of the presidential Limo which was pushed out of the 20th May Boulevard last year in Yaounde?

The same scene caused many people to  ridicule the entire country. Why would President Biya have his car pushed across the boulevard on a national day when millions where watching in and out of Cameroon?

Thousands blamed the fact that the Head of State (HOS) couldn’t afford to get himself a good ride that matched his status and calibre.

Popular bloggers, TV hosts and media influencers took to their mediums to make fun of the issue. Even Adiola Fayehun of Sahara Tv made exclusive ridicule of the matter.

A year after the presidential “car-push”, it appears “the father” has listened to the cry of his disgruntled children. Cameroonians are ranting on social media because of the new Presidential Limo which transported the president to the Yaounde 20th May Boulevard.

Many people have taken to Facebook after the introduction of this latest presidential car to criticize the government stating that the price of the car which is estimated to be 590 Million FCFA was enough to construct many infrastructural facilities in the country. Some have used this as an excuse to question the feasibility of an emerging country by 2035 with such spending.

Some online marketers made fun of the issue by posting pictures of the Limo saying is was available to sell.

Others actually praised the move of the president to get himself a new Limo, saying it was a car which befits his status. They advance the fact that the HOS was criticized last year for the same car issue.

While Cameroonians capitulate on the trending presidential limo, it is worth noting that the two English speaking regions continue to be under tension from a group which is seeking separation to a territory they call “Ambazonia”. Constant fights between this force and the Cameroon military has led to several arrests, kidnap, death and displacement of thousands from their homes who now make the bushes their new abode.

Thousands read and trust ARREYB News Reports DAILY, You too should!!!