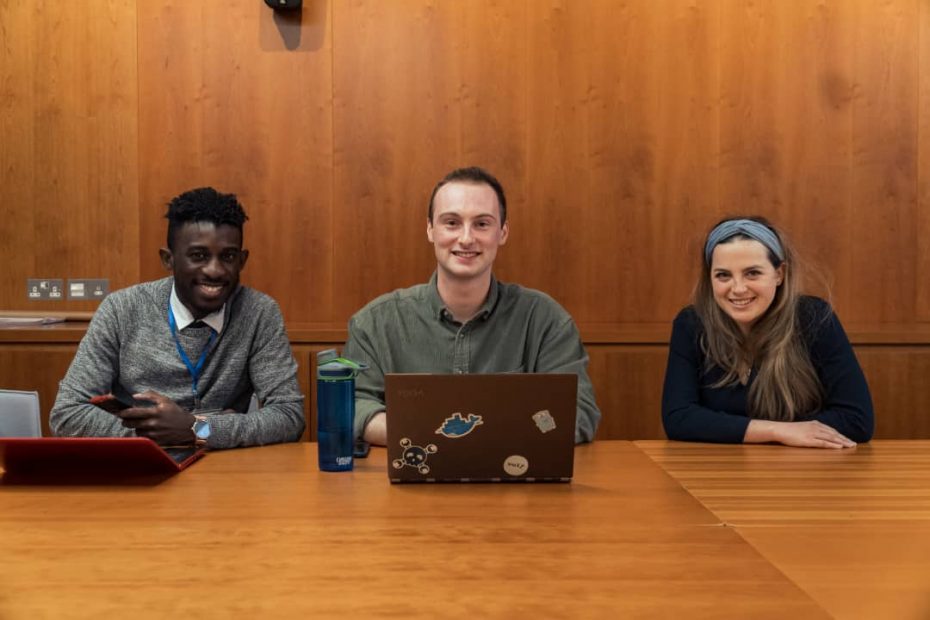 Cameroonian internet entrepreneur and journalist, Arrey Bate and team have been declared winners of the 2021 Global Leadership Challenge organised by the University of Oxford and St Gallen Symposium

Sharing on their website, the Oxford Character Project said 100 young leaders from over 30 countries were invited to collaborate and create impact projects addressing the UN Sustainable Development Goals (SDGs). Members of GLC2021 convened from December 9 to 15 in a hybrid conference

Writing about the conference, Arrey Bate said “when we touched down at Oxford, they clustered us into 25 groups with other global young responsible leaders and we were asked to create a project from scratch and pitch in front of a jury. An action project contributing to the UN Sustainable Development Goals​ (SDGs)”

The 4-man team pitched a project called GALE (Global Access for Learning about the Environment) which utilises a WhatsApp bot to make Climate Education accessible to those most affected by it – and pitching took place in front of a team of top tier entrepreneurs, professors of the University of Oxford and the Canadian ambassador to China who witnessed the event.

Among several benefits, the winning team members will be offered exclusive mentorship by the Oxford Character Project and will be invited to participate in the 51st St. Gallen Symposium in May 2022 as Leaders of Tomorrow
​
The Global Leadership Challenge is a global initiative of the University of Oxford and the St. Gallen Symposium, the goal is to empower the next generation of responsible leaders​
​
Known for his work on social media the past 4 years, Arrey has built a following of thousands of entrepreneurs as an author, internet entrepreneur and journalist who has been featured on the BBC, British Council, Fox, NBC and CBS.

He is the founder of ARREYB Media, an online media he started in his second year of University and the initiator of The AB Afrikpreneur, a community for entrepreneurs and career starters across Africa. Arrey has equally been listed among British Council’s top 100 young journalists worldwide in 2019