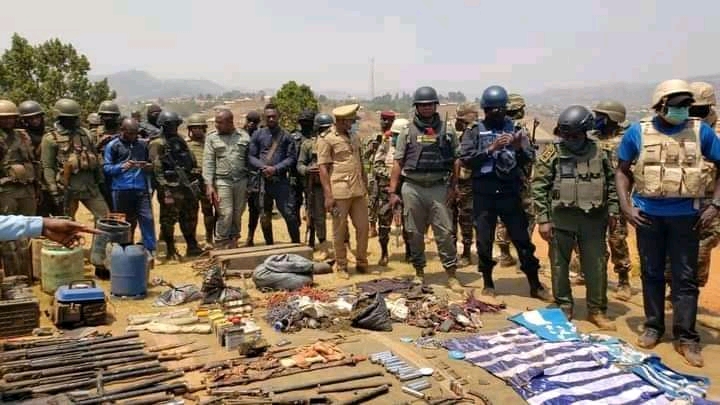 Brigadier Nka Valerie, a government general who commands the 5th joint military region has reiterated that peace must reign in Bui, a division in the North West region of Cameroon.

The general was speaking after accessing an 8 days operation carried out by Cameroon military forces in the division.

The 8 days operation started on February 23, aiming to put an end to separatist attacks in the entire division.

During the operation, about four separatist fighter camps were dismantled, including Yelum, Verkovi, Tatum and Nkor – the general said.

[ Suggested: It’s not going to]

According to Colonel Matiang Charles Alain, commander of the 51st motorized infantry brigade who led the forces in the operation, 12 separatists fighters were killed during the operation with their greatest achievement being the neutralisation of General Asan, a notorious separatist leader.

Amongst the items seized were locally fabricated guns, gas bottles, locally made explosives and many other dangerous weapons

Though they acquired a great success in the operation, Colonel Matiang added that they equally had some set backs as three of his soldiers died in the operation and seven others wounded, out of the 400 troops he was commanding.