Recently there has been a mass neglect of identification cards at various police stations across Cameroon. When the government announced the situation; security officials at the General Delegation of National Security in Yaoundé examined the issue.

It was realized that most of these abandoned ID Cards where ordered since 2011 and many have expired without the owners going to collect them.

The Police recently issued a communiqué advising owners to report to the various police posts where the application was deposited to collect their abandoned cards but this was met with little or no reaction.

It was observed that most people would not come to claim their ID cards because the issued receipt can still be used as a valid card in Cameroon especially during travel.

With the introduction of a new identification system it was realized that over 650,000 identification cards have been abandoned and the government is now calling on citizens to report to their various police posts where applications were dropped.

Cameroon Intelligence Report desk editor in Yaoundé has observed that “We cannot rule out that these are the fake national ids which, as it is said in Cameroon, are used to rig elections and create non-existent voters.”

His view was published in a report by CIR on August 23, 2017 where many opinions have been expressed on this.

However, the disturbing issue has attracted many thoughts and the tribal security apparatus of the Yaoundé regime is presently attempting to simplify the procedure of getting a national identity card. 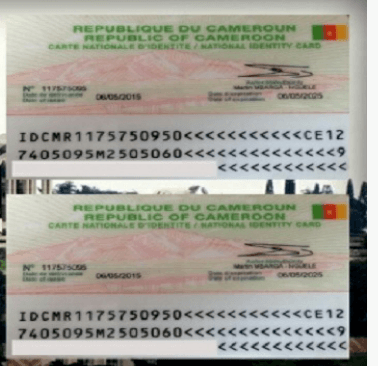 The Secretary General at the General Delegation of National Security, Dominique Baya said his department cannot understand why people rush to various Police Identification Posts to establish ID cards but never return to collect them after they are produced. He added that even if someone misplaces his receipt, the identification post would always find a way to identify the person and hand over his ID card.