Abdul Karim Pens Letter From SED: "If God Wills, If It Means Dying, May He Accept Our Our Dedication, Justice For That Land Is Premodial" - ARREYB

Abdul Karim Pens Letter From SED: “If God Wills, If It Means Dying, May He Accept Our Our Dedication, Justice For That Land Is Premodial” 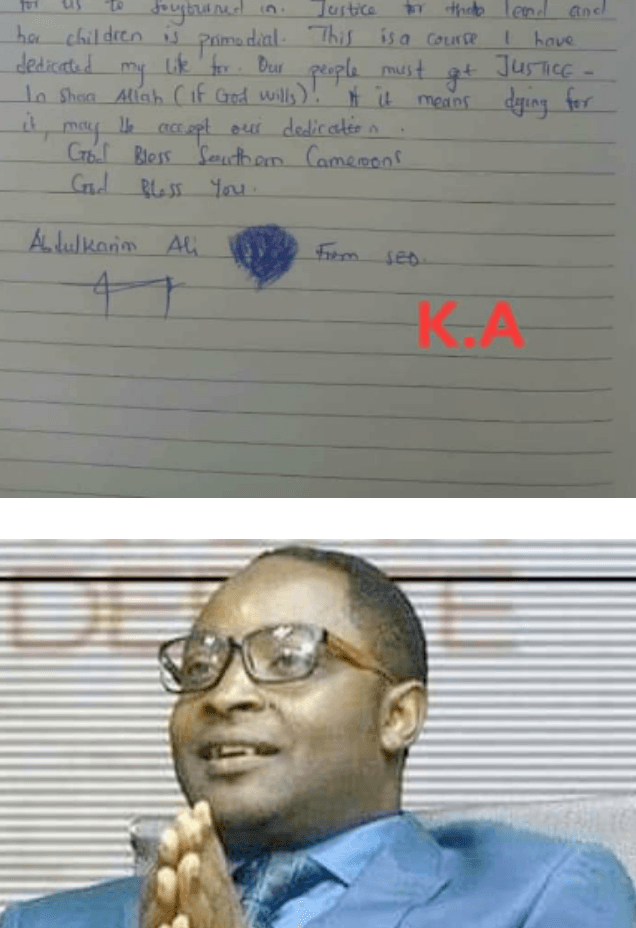 Incarcerated at SED in Yaounde, Muslim scholar and activist Abdul Karim Ali has penned a note from his detention cell to Southern Cameroonians.

Karim affirms his determination to see justice reign in Southern Cameroon even if it means dying for the course.

God created us to be in that land and that land for us to sojourned in.

Justice for that land and her children is premodial. This is a course I have dedicated my life for.Our people must get justice.

If God wills, if it means dying for it, may He accept our our dedication.” – Karim said in a letter scribbled with a blue pen. 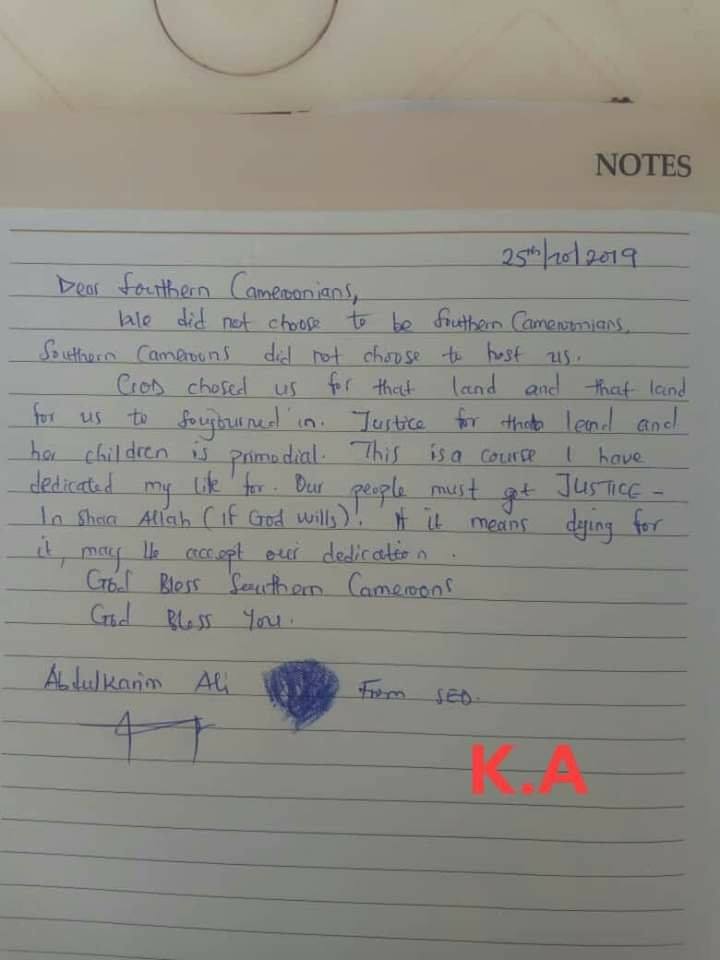 Abducted on the 25th of September 2019, Abdul Karim opted not to eat or drink anything from the officers demanding that he can only take what is coming from his family or lawyers. A request that had so far been rejected by the SED authority.

He was denied access to food and water in detention at the gendarmerie headquarter, SED in Yaounde.

Karim’s fear was that whatever he took, provided by the prison authorities, may be harmful to his health and cause grievous harm.

An application of Habeas corpus filed at the Mfoudi high court in Yaounde by his lawyers made no progress.

Human rights Watch two weeks ago called for his release adding that Cameroon already has a poor record on arbitrary arrest and detention of citizens.

With the government of Cameroon ordering the release of people arbitrarily arrested while at thesame time arresting others, Human Rights Watch says the dictatorial government is not making any progress to respect human rights.

Cameroon’s government has a record of silencing activists, journalists and opinion leaders who voice truth against the present regime

The country was ranked by CPJ as the second worst jailer of journalists in sub-Saharan Africa. The report notes that most of the journalists detained in Cameroon are facing charges linked to false news, fake news and news that endangers the state security.

At least 8 of every 10 activists and journalists actively involved in the socio political crisis are either threatened, tortured or detained.

With this escalation of contentious topics, journalists no longer know which red lines they should not cross. Owing to this environment of fear, the brave journalists resort to self-censorship as a means of survival while others switch to the “calm” sides reporting environmental and cultural stories.