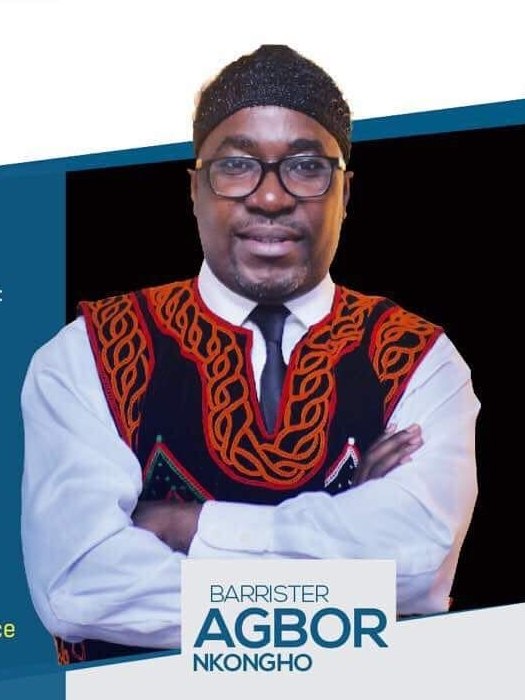 Arrested and detained at the kondengui dungeon on 17 January 2017, Agbor Anyior Nkongho aka Balla is an Anglophone Cameroonian human right lawyer.

He is vice president of the African Bar Association in charge of Central Africa, founder and chairman of the Centre for Human Rights and Democracy in Africa, and founder of Agbor Nkongho Law Firm.

An activist and freedom fighter who was a leading member of the Cameroon Anglophone Civil Society Consortium (CACSC) which has been banned and its activities declared illegal in Cameroon.

On 17 January 2017, Balla was arrested with Fontem Neba who is a university lecturer in Buea by Cameroon’s police ordered by the government. He was arrested in connection with the Anglophone problem after organizing peaceful protests to protect the culture and rights of the Anglophone Cameroonians in the form of sit down strikes with more than 2000 Anglophone lawyers, Ghost town and shutdown of schools under the banner of the CACSC.

Multiple sources reported that Balla and others were charged on eight counts and may face a death penalty for treason, terrorism, civil unrest, jeopardising the peace and unity of the Republic of Cameroon BUT Balla told journalists in Buea “I am ready to die in defense of Common Law”. After a long stay in prison, Balla was rumored to be Biya’s choice as Prime minister, an appointment confirmed by the “high courts of social media propagandist in charge of PM appointments in Cameroon” (false).

Mysteriously, On 30 August 2017, through a presidential decree, Balla, Neba Fontem and Paul Abine Ayah were released and all charges against them dropped.

Knowing the difficulties prisoners face, Agbor Balla continues with his activities for the freedom of Southern Cameroons. This has been done via the creation of Tasks Forces to liberate many in jail and he still continues to press on the government of La Republique du Cameroun to liberate all.

By his political ideology, he is a believer of a two state federation of equal status in Cameroon as a solution to resolve the Anglophone crisis. A position he has maintained for over 17 years of his endeavours in the fight for the liberation of the Anglophone community in Cameroon.

Through CHARDA, Balla remains a major help to victims of the Anglophone Crisis and human rights abuse.