Calvino Wallang(MC Calvino) is a Cameroonian super class comedian from the North West Region of Cameroon. His talent has been the talk of many who cannot help but LOL when he gets the mic.
As a comedian, MC Calvino acquired a communication skill from the University of Bueas Journalism and Mass Communication department which he uses skillfully in his comedy.

He is one of the rare types of English comedians fans would wait to see on comedy posters.

MC Calvino started off in Kumba as a TV/Radio presenter and Show host with Hope Sound Entertainment Company. He later moved to Buea where he started short internet videos which earned him some attention from the Cameroonian population in the Diaspora. This set the pace to becoming the comedian he is today. His videos were comic and did not only draw a lot of attention but created contacts and made him tour the nation with his comedy. Calvino has been on several platforms across the nation with Cameroon and Nigerias biggest comedians like Gordons, Basket Mouth, Clint The Drunk and Artists like African China.

Calvino built up a carrier “Idilaf” (I’m laughing), a satirical and a mockery laughter which pinches the bones of his victims.

MC Calvinos first Comedy album 237 Comedy was released in August 2015 which expanded his fan base to over 11,000 followers on social media and since then he has released quite a good number of short comic videos aired on several local TV channels in the country like CRTV, Canal 2 English, Hi TV, CMTV, Home TV and with a huge online viewing audience.

MC Calvino will put you at ease, lighten you up, draw you expectantly close and then throw you back on your seat with laughter. His charisma makes many relaxed the moment he comes on screen.  His warm delivery puts the audience in the palm of his hand, and the laughs flow. Amazingly he uses everyday observations to make you feel as though you have known him your whole life- the reason why most ladies love him- LOL IDILAF.

You would never think it funny, until it comes from Calvino. Shows like the Laugh Therapy Comedy show, the Buea LOL Comedy show, the Oboy Comedy Show, Gordons in Cameroon comedy clinic show, the Limbe festival of Arts and Culture (FESTAC) and the recent Cameroon International Film Festival cant wait to have him back. Radio stations across the nation laugh with Calvino on a daily basis .He has been featured on the popular Miss P Show and several networks.

MC Calvino is host to one of the most popular wake up shows in the English speaking region of Cameroon ELAELA GBAMU translated Good morning on HiTV Cameroon. With his optimistic attitude, original delivery and talented gift for comedy, you should definitely see MC Calvino now, before he becomes too famous to see anybody. MC Calvino was voted among Avance Medias 50 most influential young Cameroonian in the Media category in the year 2016 and many more upcoming awards.

His upcoming event would be a blast to fans who cannot wait to hear him again. ARREYB is live at this event, get your mouths ready to laugh and meet me there. #IDILAF #LetThemLaugh

See all details below: 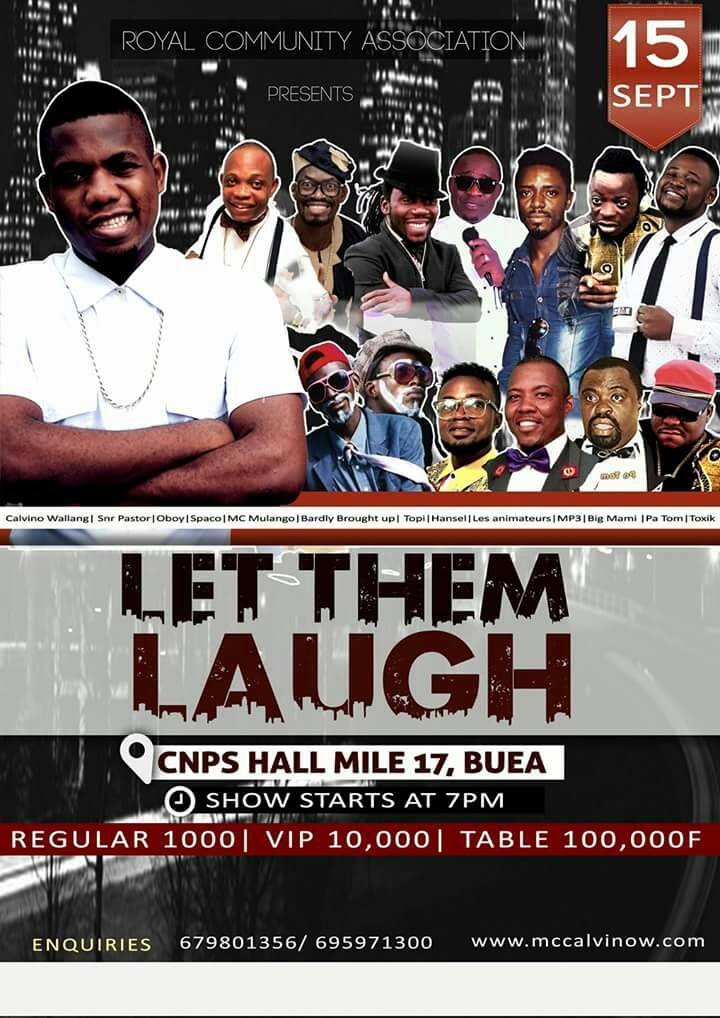