​Why School Must Resume: An Anglophone Writes to Southern Cameroons Interim Government.Will they Heed to His Call? 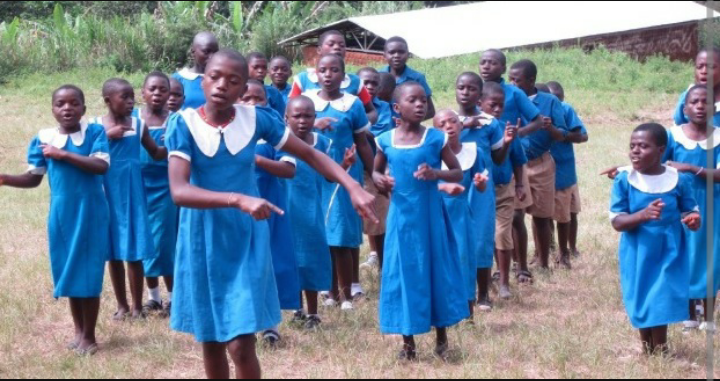 This article is a suggestion by a concerned and dedicated Anglophone Cameroonian to the Southern Cameroons Interim Government. Eric Tataw is seasoned journalist and Publisher of The National Telegraph Newspaper. Will the interim government take heed to his sayings and announce school resumption?  Read on…

”The remarks people quoted at Epie concerning Kelly were actually an inclusive way of addressing the fact that a serious moral decadence took place. The Epie saga might still be floundering. I personally think the campaigns against Epie are much more charismatic and have made a great deal of news.

There are very few people who want to see social injustice who can dare support Epie. I think the parallels are too often drawn between Epie and nude pictures.

The time is also now to draw those parallels between our children’s education and the reality on the ground. After all, we need our children to be treated to refined schools that are roomy, flexible and above all comfortable. One of our strategies to fight LRC is to have our children sit all day by themselves. No need to accentuate that this has seriously affected the Biya Regime.

But with almost 95% of children and parents warming up for school resumption come September, the interim government of Southern Cameroon must act now. In fact even if by chance schools are still interrupted in Anglophone Cameroon, 70% of families are ready to carry their children across the Mungo. After all, people are allowed to study abroad if at all Douala, Yaounde, etc, are abroad.

I’m not entirely sure why Journalists like me enjoy putting the hard truth in black and white.  Mind you that your despair about “Fufu and Eru” maybe replaced by despair about “Achu” Most of us don’t pay much attention to this. If the urge to shop for a female baby can be changed by a single pregnancy scan, same can be done to this struggle and the school option.

As a matter of fact, the actual population that elects domicile in Southern Cameroon has discovered that 99% of those preaching “No to school resumption” either have their families in LRC or abroad in Europe, Asia and America with their children going to school in these areas.

To me, this condition is a bone-dry desert and it puts Biya and his Ministers dancing onstage in corseted tops and shimmery sequined pants that make them look exactly like disco mermaids.  They’ll not escape it, after all a man alone inside a drab third-floor room can’t comfortably drape a flag over a casket. Never!

The interim should take my counsel and announce school resumption. Students and pupils should go to school with the idea in their heads that the interim government of Southern Cameroon asked them to resume, pending another strike after forty days should Biya fail to release all arrested. As for the restoration of Statehood, we don’t need children out of school anymore for it to happen. Besides, there are already several diplomatic moves. Let schools resume because the interim government said so. Let’s not allow our children resume out of their own volition or from LR’s orders, else, it will mean exactly that the struggle is done”.