In an open letter addressed to the Youths of the North West and South West regions of the Country, the Political Editor of Cameroon News Today-CNT explains clearly why Youths in that part of the Country must return to School this September 4, 2017.
Ekema Emmanuels letter as he wrote, first published on CNT;

“My dear youths, it is time to get ready for the new school year. Remember you have missed out a lot already.  Those who are still calling for the non-resumption of schools have failed in so many perspectives. They said independence will be won in less than a month but as you are aware, we are ten months down the lane no sign of independence is around the corner. They have succeeded to order for more than 50 ghost towns but this has not intimidated the government in anyway.

They have burn down more than 20 schools across the North West and south west regions but as you know, the government is still operating without any problem across the national territory of Cameroon.
Our brothers and sisters of the Diaspora have staged protests movement across the continents of the world yet the United Nations has not made any official statement on the fate of this crisis.

They have cut off the hands of our innocent children to discourage them from going to school the government has not still let go.

They forced us to boycott schools to bring early results in the crisis but the government went ahead to organize the GCE examinations right before their eyes. Nobody stopped this from happening.

They told us there will be a blank school year but as you are well informed, the school year went through without any problem and the international community is aware Cameroon had a successful academic year.  So who is fooling who? My children you cannot waste another year at home base on assumptions.

The reality is that there is no clear roadmap leading towards this purported independence of Southern Cameroon. The present standoff between the government and these activities can go on for the next five years because the requests the activities are putting forth like secession or federalism, are not what the government wants to hear about. 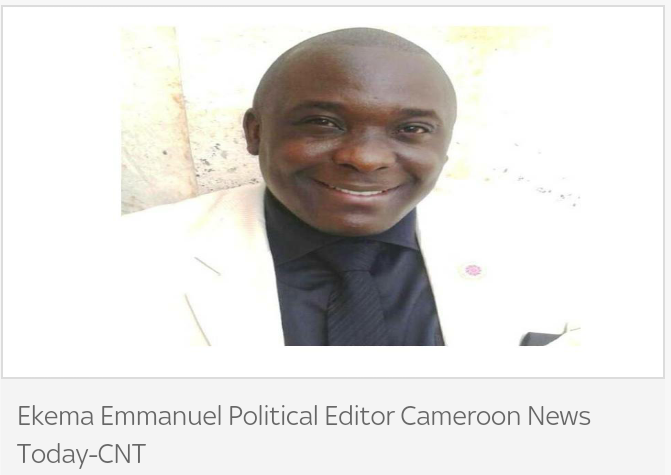 Add five years to all your present ages now and tell me the social hazard you will cause to yourselves if you continue to stay at home.  There is a time to be in primary school, Secondary and higher institutions of learning.

There is an age limit that you are allowed to sit for public entrance examinations. There is a time to work and a time to go on retirement. If you waste five years of your life waiting for the unknown, you can never have it back.

It is common sense to know that time past can never be regained. Let me be crystal clear with you people that even in the next one hundred years, southern Cameroon will never achieve independence so it is a complete waste of time to continue to stay at home for what is not achievable.
The separation of Cameroon if at all it will ever happen does not depend on Mr. Biya but France the grand master operating behind the scene.

France removed Laurent Bagbo from his presidential palace almost naked just because he requested that the French government should come and build the chocolate factory in his country. If you must know, France is the leading producer of chocolate in the world but they do not grow a single tree of cocoa. Majority of their raw material come from Francophone African countries. Sakozy killed Gadaffi the strong man of Africa in complicity with Great Britain and the United States of America because of Gadaffis oil.

In these two cases mentioned above why did the UNO not stop or rebuke France. So those who think because of schools boycott and ghost towns the UN will jump in to share Cameroon, are surely dreaming.  After the Second World War, the five permanent members of the Security Council shared the world to secure their economic interest and raw materials.

They signed treaties of non-interference in their different foreign territories of interest. France is one of the members so no matter what they will do in Cameroon; no other foreign power will stop them. To make matters worse, the UN is teleguided by these members so how possible will southern Cameroon obtain independence in the heart of this international mafia before you will go back to school.

My fellow youths with the above revelations, you can see for yourselves that southern Cameroon independence is not a dream in this life time. Urge your parents now to prepare you for school resumption    before is too late. The people who are asking you not to go to school are all very educated from this same system and their kids are currently schooling abroad or across French Cameroon towns. Tomorrow they will be dead and gone they will not be there to help you face lifes challenges in the future.

Their children will take all the jobs at your own detriment and they will call you illiterates. For those of them who will be alive, if the struggle fails, they will tell you sorry for misleading you. My question is this «will sorry bring back the lost years «certainly no. So be wise and avoid a total destruction of your lives. Go to school and prepare for your tomorrow”.

Leave a comment below, Lets Know what you think!