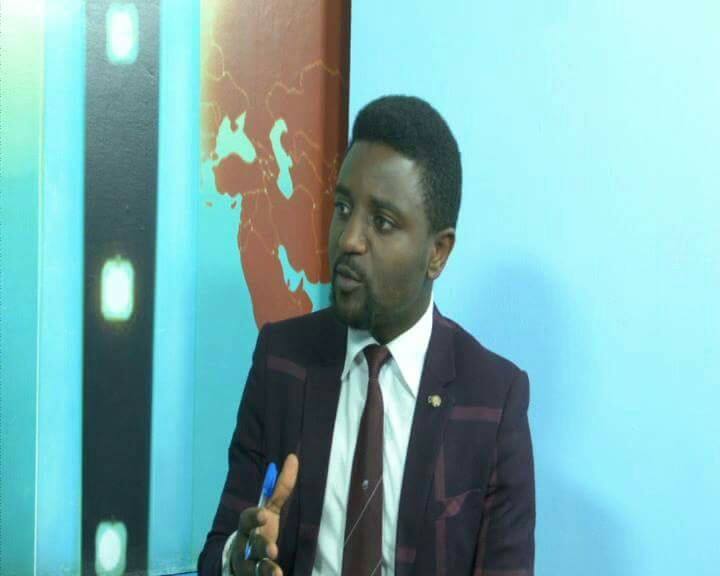 Outstanding Cameroon journalist, Nfor Hanson Nchanji has been invited by the United Nations as a Panelist at the 10th Forum of UN Minority issues which Opens in Geneva Switzerland this November 29, 2017.
Hanson who spoke exclusively to ARREYB News Reports says his talk will be on the importance of the participation of youths in peace initiatives and building trust and confidence between people-CASE OF ANGLOPHONE CRISIS IN Cameroon.

Prince Hanson who is English desk editor at equinoxe TV and founder of Cameroon News Agency (an online news site) has during the crisis period proved his capability as a peace journalist through is factual, accurate and balance reports. On several occasions, Hanson has hosted both government and Anglophone leaders on his celebrated Sunday program “The Inside”.

The aim of his presentation is to show how minority Anglophone Youths can stand for their rights in French dominated country, how they can stand against Marginalization and within the context of the Anglophone crisis use non-violent methods to sensitize the people on the need for peaceful coexistence especially those who are so ignorant about history and now call Anglophones “terrorists”.

For this to be effective, the media practitioner has in his preliminary statements made it clear to the UN that Anglophone youths will want to take part in such wonderful initiatives but in Cameroon there is freedom of speech but freedom after speech is not guaranteed. That is why most Anglophone leaders who stood up against marginalization were arrested and kept in jail for over 8 months and some are still in prison.

The government of Cameroon at the start of the crisis launched a crackdown on anyone who talked about the Anglophone crisis especially the Minority concerned.

Public gatherings were monitored, censored and unannounced search conducted in houses and this has frightened even the few youths who are interested to join any of such campaigns.

This is because the Anglophone Minority are today tagged “terrorists”.

In his Preliminary conclusion to the UN, Nfor Hanson states that Rights should be respected in all facets as the Government of Cameroon has a responsibility to put in place policies and practices that the country would use to protect minority, ensuring non-discrimination and equal opportunity of its entire people in all aspects of the Society, among others.

His speech at the UN is much anticipated and Cameroonians eagerly wait to see the truth well told and explained at international scenes.

ARREYB News Reports would exclusively relay every moment to its readers. Stay with us!!!