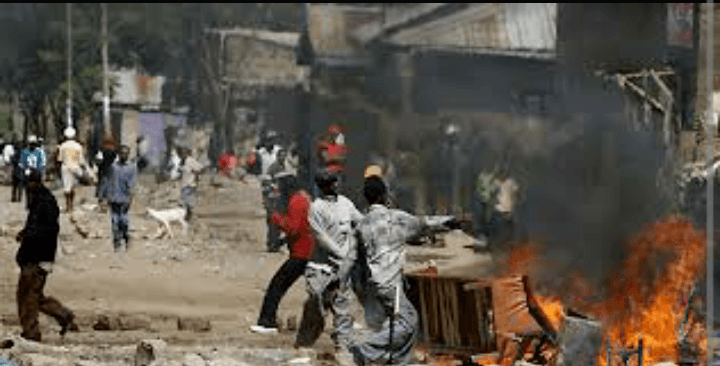 Kenyan police fired teargas at hundreds of opposition supporters in Nairobi calling for the sack of some electoral commission officials.
The demonstration adds to weekly protests in several cities organized by the National Super Alliance (NASA) party under Raila Odinga.

They demand reforms at the Independent Electoral and Boundaries Commission (IEBC) and want the IEBC CEO Ezra Chiloba and other commissioners to be sacked for allegedly rigging the August 8 elections in favor of the ruling Jubilee party.

Last week’s protest saw the burning of tires, blocked roads and other demonstrations which was interrupted by the police who threw tear gas on the protesters.

The police said the protesters were not given approval and were informed not to hold any demonstration due to security reasons.

These protests have continued in major towns of Kenya and protesters plan to continue protesting every Mondays and Fridays.

NASA leader and presidential candidate Raila Odinga has warned the police not to attack or stop protesters from exercising their rights, Africa News reported.

He vowed that until their demands are met, there will be demonstrations and they will not be ready for the October 26 election re-run.

President Uhuru Kenyatta has also called on the public to ignore calls to demonstrate.
.