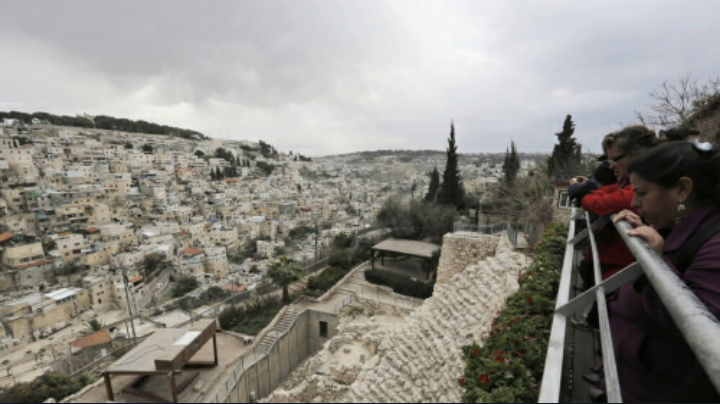 Archaeologists of the Israel Antiquities Authority have found evidence of a battle between Roman soldiers and Jewish rebels which led to the destruction of Jerusalem about 2,000 years ago. They add that they also discovered a road where “Jesus would have walked.”
Their discovery proved arrowheads and stone ballista balls on the main street that leads to the Temple as reported by the Antiquities Authority’s website in a Hebrew statement. The prolonged military assault by the Roman army ended with the sacking of the city and the destruction of its Second Temple in the year 70. The Roman army led by future Emperor Titus besieged conquered the city of Jerusalem.

The excavation which has been underway for the past years has discovered a road running from the city’s gates and the Pool of Siloam to the Temple where Jesus would have certainly walked, according to Aleteia. The road was constructed after King Herod’s rule and possibly during the time of the Roman governor, Pontius Pilate.

“Recent research indicates that the street was built after Herod’s reign, under the auspices of the Roman procurators of Jerusalem, and perhaps even during the tenure of the Roman governor Pontius Pilate, who is also known for having sentenced Jesus to death by crucifixion,” said Nahshon Szanton and Moran Hagbi, one of the directors of the excavation on behalf of the authority, according to Jerusalem Post.

“This conclusion sheds new light on the history of Jerusalem in the late Second Temple period, and reinforces recognition of the importance of the Roman procurators’ rule in shaping the character of Jerusalem.”

The road discovered is about 100 meters long and about 7.5 meters wide, paved with large stone slabs. According to Dr. Yuval Baruch, the Antiquities Authority’s Jerusalem region archeologist, the researchers expect to unearth the entire length and width of the street within five years to complete the excavation of the site.

“In fact, one can consider the current excavations in the City of David a natural continuation of the previous archeological excavations of the site, which were begun in the past by European and American scholars,” Baruch was quoted as saying. “About four years ago, archeological excavations were renewed along the street, this time in order to expose its full length and width. When the excavations are completed, the remains of the street will be conserved, developed and made ready to receive the tens of thousands of visitors who will walk along it.”