Death Of Mayor Ekema Patrick; All You Need To Know

The lord mayor of Buea municipality, Patrick Ekema Esunge has died at the age of 49.

While his demise came as a shock to many, separatists have been quick to celebrate as he consistently opposed Monday Ghost towns in the municipality of Buea.

One of his most recent communiques was dated July 20 where the Mayor cautioned business persons in Buea to open their shops on Mondays or have them sealed by the council.

Ekema Patrick Esunge took over from Mbella Moki Charles in 2013 and his reign came with a lot of controversies.

He was arguably Cameroon’s most popular Mayor who rose to prominence for his no-nonsense attitude and continuous tussle with Ambazonia separatist fighters.

After a social media outbreak last year, Mayor Ekema came under huge criticism for faking a certificate from the University of Buea.

Critics gained weight on the fact that Ekema defended his master’s degree supervised by Prof. Julius Ngoh, a councillor at the Buea council under Ekema.

Until his death at 49, Ekema fought hard to defend an indivisible Cameroon, a political stand which brought him under constant attack from separatist forces.

He was named “Nyamoto Kpwatolo” (great warrior) of the South Region, a title conferred on him by traditional rulers of the South West Chiefs Conference.

Last seen on Friday October 24, 2019 Sources say Ekema Patrick died of a heart attack shortly after he was rushed to the hospital for medical care.

His body has been deposited at a Douala hospital mortuary while the government has placed a seal on his office door. 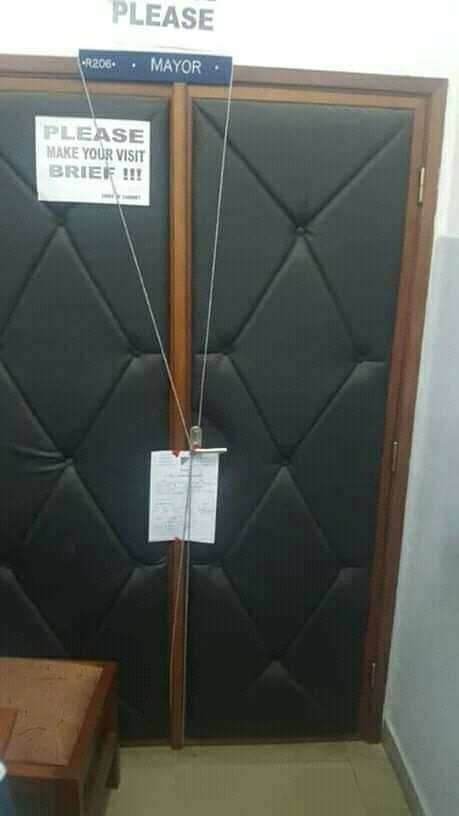