Biya Receives December Letter From US Congress: Your “Military Is Responsible For Killings Of Unarmed Citizens, Burning Of Homes”

As if signing out Cameroon from trade benefits under the African Growth and Opportunity Act (AGOA) was not enough, the US has again penned a disturbing letter to the Cameroon presidency.

The note demands peace and a genuine inclusive dialogue in Cameroon.

Signed by nine US congress members, the letter is addressed to Cameroon’s ageing president Paul Biya and raises concerns about the standing conflict between armed groups and the Cameroon military which has caused more than 2,000 deaths and more than 700,000 people internally displaced.

It lays blame on the military which Cameroon authorities have always claimed is “professional”, for majority of the killings, raping and torture in the crisis.

“Cameroonian security forces are responsible for majority of the killings of unarmed Cameroonian citizens and destruction of property including the burning of homes.

There is evidence of soldiers dragging wounded people out of the hospitals and their lifeless bodies found later. Soldiers have raped women either for opportunistic or punitive reasons” 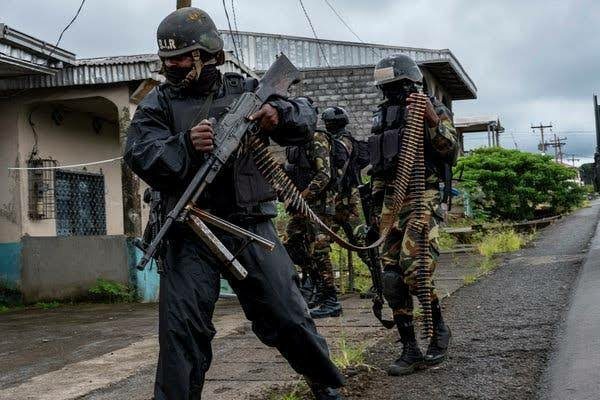 The US Congress reiterated her concern for the long years of wars in Southern Cameroons with no education, burnings of houses and lives lost over the years.

The congress has asked Biya and his regime to engage is a swiss-led talks to solve the situation which they described as deteriorating.

“Military action can not solve this conflict … A broad spectrum of international and domestic experts disagree with the Cameroon government’s assertion that non state armed groups are responsible for most of the violence” – a part of the letter read.

The warning comes weeks after a strained relationship between the US and Cameroon over the AGOA trade agreement and recently US decision to scale back military assistance from Cameroon early this year. 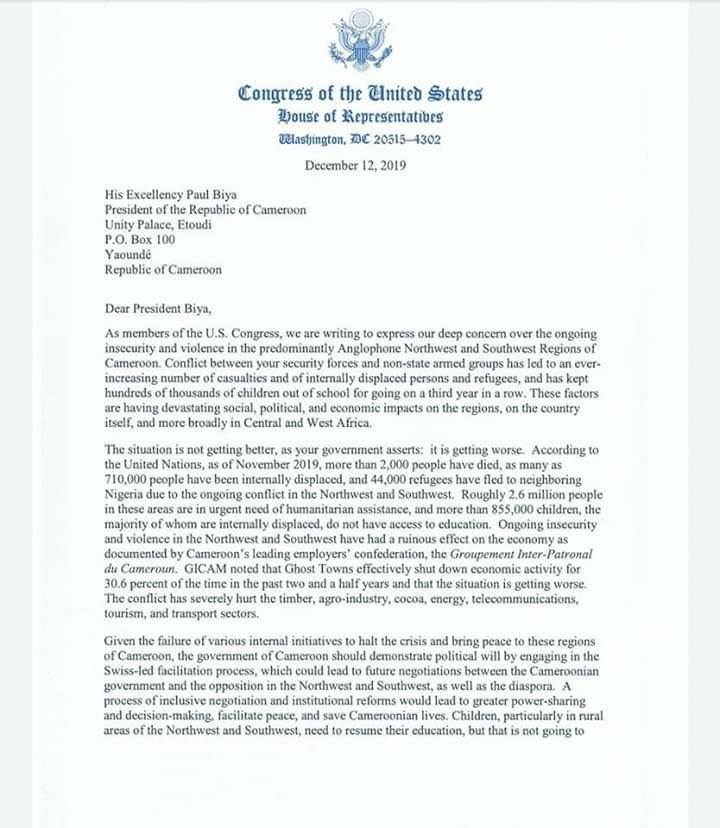 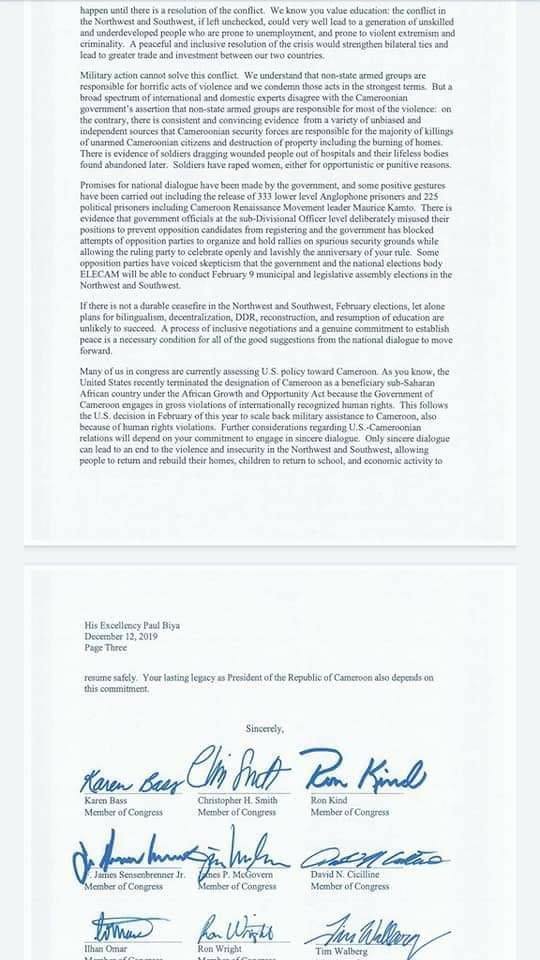